The Great Dictator is a 1940 American political satire comedy-drama film written, directed, produced, scored by and starring Charlie Chaplin, following the tradition of many of his other films. Having been the only Hollywood film-maker to continue to make silent films well into the period of sound films, this was Chaplin’s first true sound film.Chaplin’s film advanced a stirring, controversial condemnation of Adolf Hitler, Benito Mussolini, fascism, antisemitism, and the Nazis. At the time of its first release, the United States was still formally at peace with Nazi Germany. Chaplin plays both leading roles: a ruthless fascist dictator, and a persecuted Jewish barber. 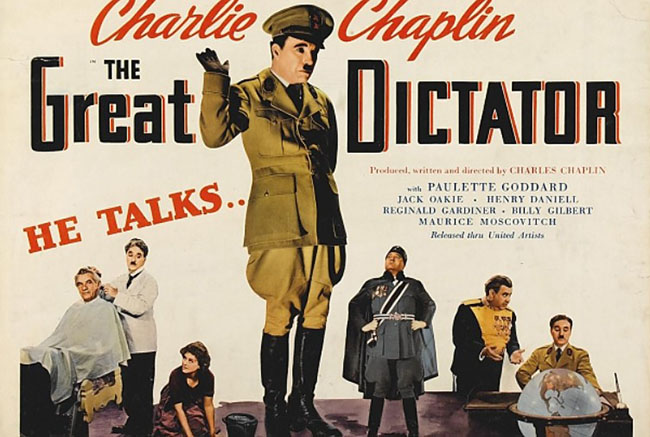