Deadliest Cult Stories Of All Time

The Manson Family was a commune established in California in the late 1960s, led by Charles Manson. They gained national notoriety after the murder of actress Sharon Tate and four others on August 9, 1969 by Tex Watson and three other members of the Family, acting under the instructions of Charles Manson. Group members were also responsible for a number of other murders and assaults. 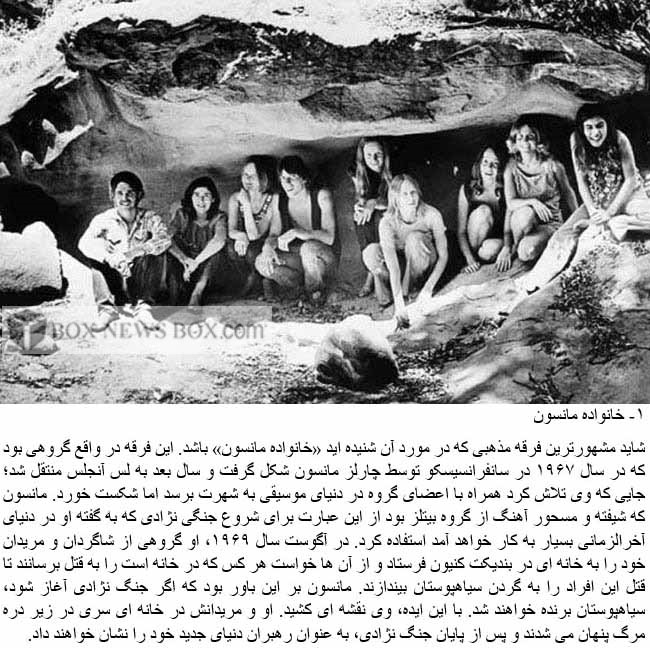