The Pahlavi hat was an item of headgear for men introduced in the Imperial State of Iran by Reza Shah. The introduction of the hat, in August 1927, was part of Reza Shah’s drive to westernize and modernize Iran, which included introducing European-style clothing. The hat was cylindrical with a peak, being based on the French military kepi, and was available in black or beige. Obverse: Portrait of Reza Shah Pahlavi wearing a Pahlavi hat  at left, all the scripts on the obverse.Reverse: Imperial Emblem of Iran during Pahlavi Dynasty  in ornamental circle, the value in figures 5 at each of the four corners.Banknotes of this issue were signed by Dr. Kurt Linden Blatt & Dr. Ali Alamir.Printed by American Bank Note Company, New York. 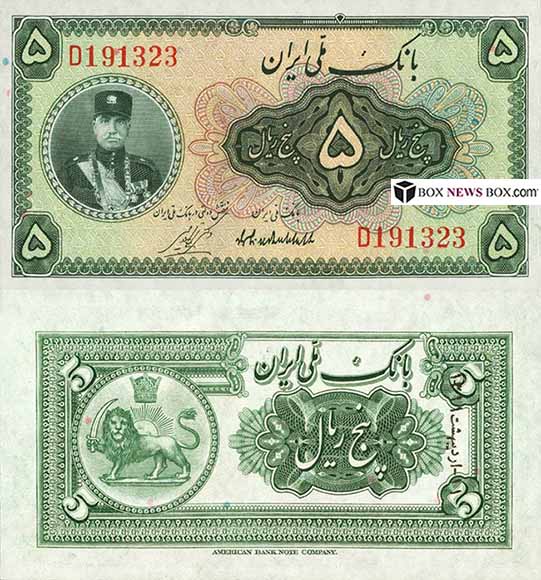