Javad Nekounam announces retirement from football in a charity

Javad Nekounam (born 7 September 1980) is a retired professional footballer who played as a central midfielder.He spent most of his professional career with Pas and Spain’s Osasuna, appearing in 197 official games and scoring 31 goals during his two spells with the latter and also being team captain. He later played for Iranian clubs: Esteghlal and Saipa and lastly for Qatari club Al-Arabi. 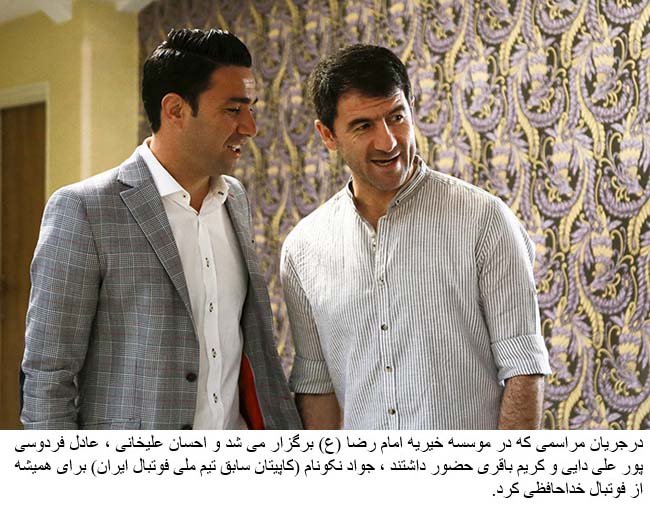