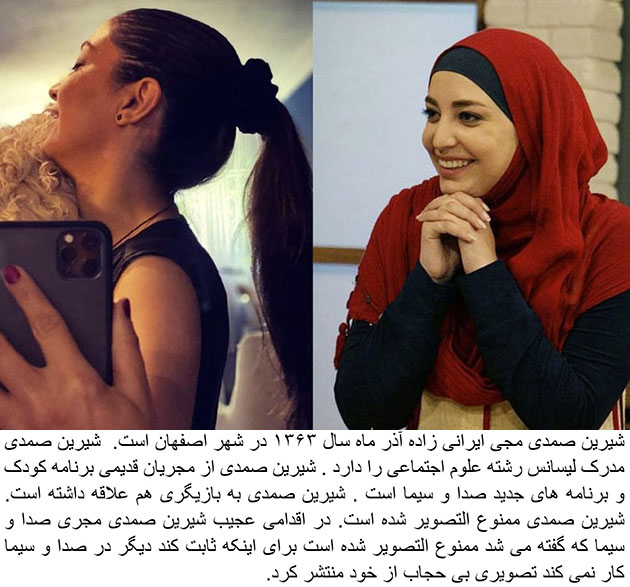 Shirin Samadi is an actress, known for Say That I Am (2011) and Daad (2013). Filmography. Known For. In 1936 Reza Shah banned the veil and encouraged Iranians to adopt European dress in an effort to promote nation-building in a country with many tribal, regional, religious, and class-based variations in clothing.