he Tylers hold the title of the couple with the largest age gap in the White House. Julia, then 24, caused a stir after her wedding to the 50-year-old president as crowds of thousands flocked to see her as they traveled by train from New York to Washington, DC. Though their marriage lasted until John’s death, it got off to a rocky start when Julia’s family became deeply upset over not being included in the 12-person ceremony they held in New York City. 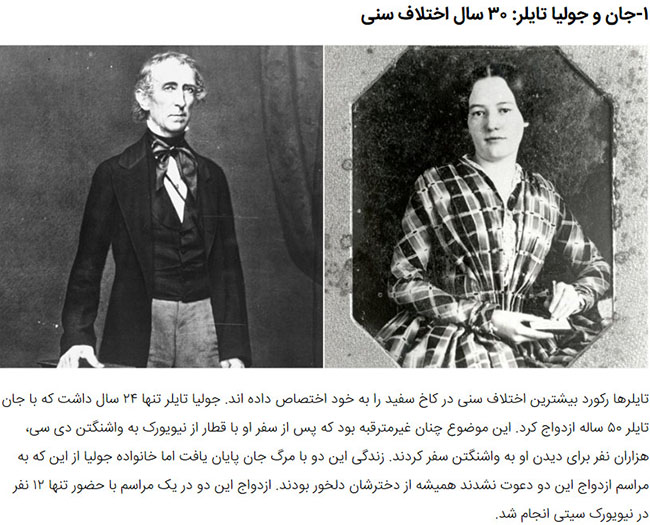