Jafar Panahi (born 11 July 1960) is an Iranian film director, screenwriter, and film editor, commonly identified with the Iranian New Wave film movement. After several years of making short films and working as an assistant director for fellow Iranian film-maker Abbas Kiarostami, Panahi achieved international recognition with his feature film debut, The White Balloon (1995).  Although his films were often banned in his own country, he continued to receive international acclaim from film theorists and critics and won numerous awards, including the Golden Leopard at the Locarno International Film Festival for The Mirror (1997), the Golden Lion at the Venice Film Festival for The Circle (2000), and the Silver Bear for Best Director at the Berlin Film Festival for Offside (2006). 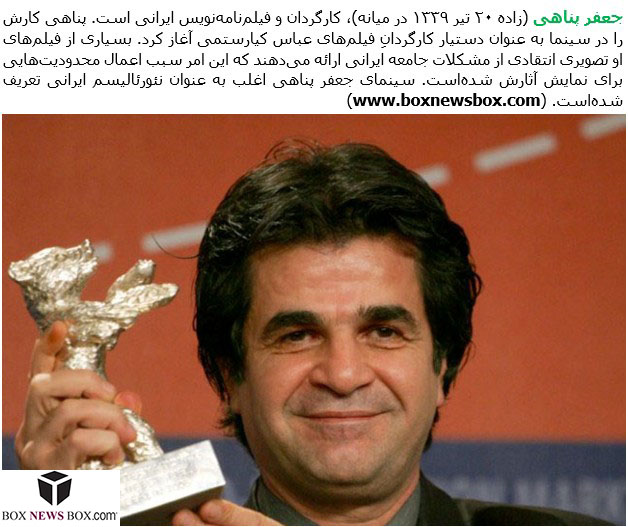