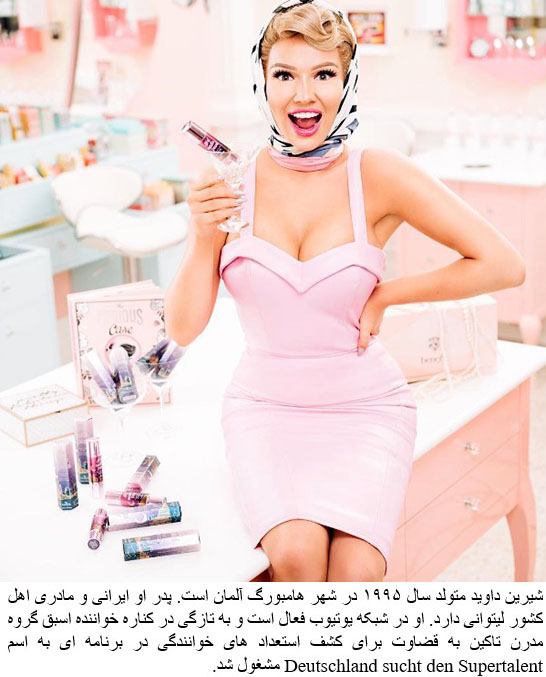 She was born in Hamburg, from an Iranian father and Lithuanian mother and has one younger sister. She graduated from a school of opera singing, dancing and acting in Hamburg.In 2015 she released her first single, “Du liebst mich nicht”, and it was in the Top-10 of German and Austrian singles chart.
In 2017 she became more famous in Germany after she joined Deutschland sucht den Superstar.