The wedding ceremony of Dragan Skocic in Croatia

Dragan Skočić (born 3 September 1968) is a Croatian football manager and former professional player. He formerly managed Rijeka, Interblock Ljubljana, Al-Arabi, Al-Nassr, Malavan and Foolad.On 26 May 2013, Skočić was announced as the head coach of Malavan for the upcoming season. He signed a two years contract with the club.He led the club to the seventh place, their best league finish since 2005. In November 2015 after poor scores with Foolad, Skočić was linked with the vacant head coach position at Sepahan F.C. but the job went to his compatriot Igor Štimac.After unsuccessful transfer saga to Sepahan, he remained as Foolad’s head coach according to his contract. 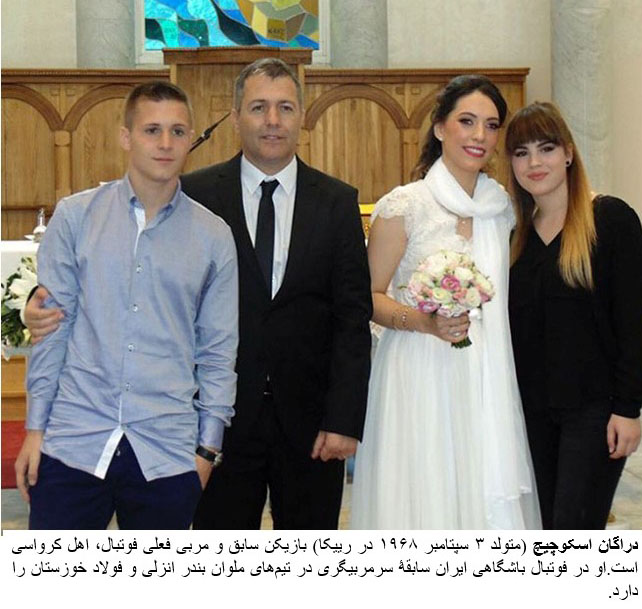