Ebrahim Raisi’s fan for The election of the president 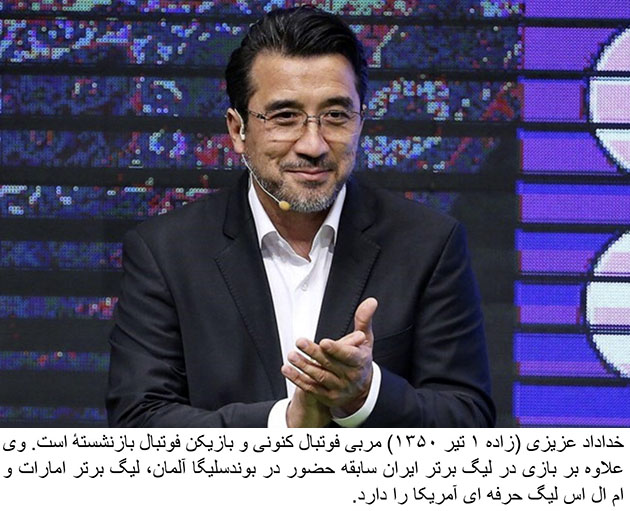 After playing for a few clubs and following his performance in Asia, he moved to Germany in 1997 to play for 1. FC Köln. Azizi, along with his national teammates Ali Daei and Karim Bagheri, were among the first to enter German Bundesliga. Having played for three seasons in 1. FC Köln, he signed a contract with California-based club San Jose Earthquakes, became the second Iranian player to play in the United States’ Major League Soccer. In 2001, Khodadad Azizi was transferred to the UAE club, Al Nasr, before returning to Iran and joining Pas Tehran.