Bahareh Rahnama ( born December 1, 1973 in Arak) is an Iranian actress.She was born on December 1, 1973 in Arak, Iran. Her father, Jalal Rahnama is a businessman and her mother, Parvin Ghaem maghami is an actress. They moved to Tehran in early 1980.She married Peyman Ghasem Khani in 1992. Peyman is an Iranian screen writer who mostly worked with Mehran Modiri. They have a daughter named Paria who was born in 1997. Paria has acted with her mother in two films, including Bano and Mard-e Hezar-Chehreh. Her mother, Parvin is also acted in TV series since 2004. Her brother in law, Mehrab Ghasem Khani is also a writer and his spouse, Shaghayegh Dehghan is actress. 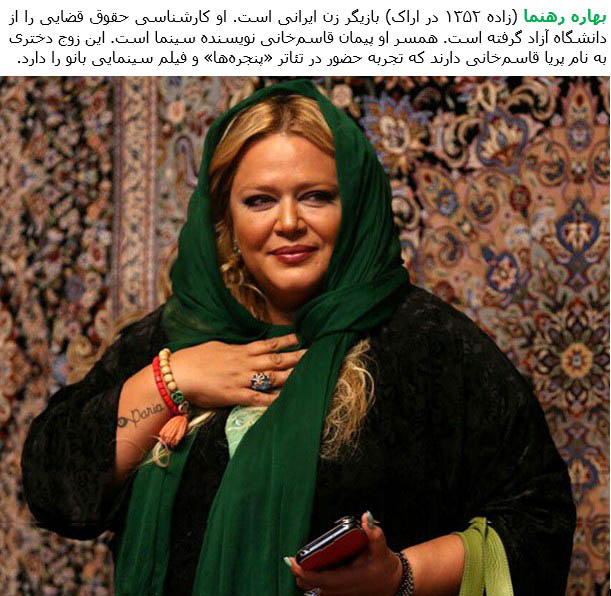