It is so controversial. Rihanna had just been assaulted by Chris Brown, who by and by revealed himself to be a violent criminal. Her video showed Megan Fox and Dominic Monaghan in a love-hate relationship, where to quote Grace Adler, “they fight like cats and make up like dogs”. But despite all this controversy, this song still came out in August of 2010. 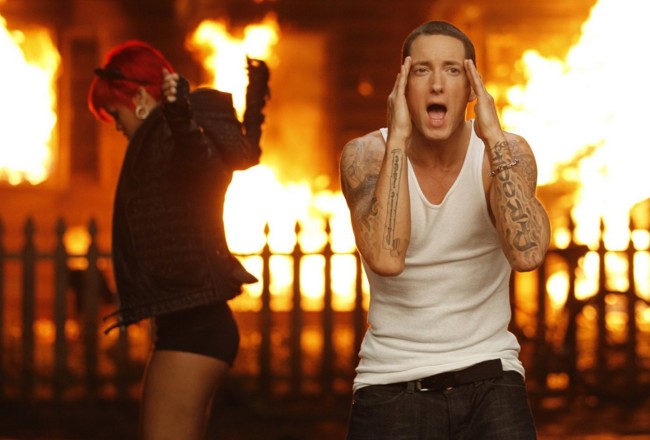