Justin’s mother, Lynn Harless, has been there for him since his Mickey Mouse Club days. Growing up, Timberlake’s parents divorced when he was two. Lynn then went on to marry Paul Harless, who helped raise Justin.Lynn has always been Justin’s co-manager. She was the person behind the group’s name N’Sync. In an article in Rolling Stone magazine in 2003, Justin commented on his love for his Mom, “We have a very special relationship…She’s been my best friend since I figured out who I wanted to be. She’s great, and such a fun woman. She goes out with me and stays out later than I do. She’s always been there beside me, and I think that’s part of my problem with girls. You keep searching for somebody as good as your mother, and that’s a losing battle”. Justin spends a lot of time with his mother, he even has her initials tattooed on his back. 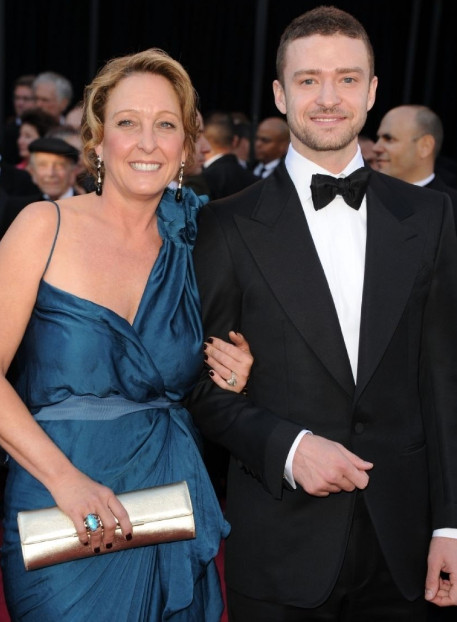