Gosling’s closeness with his mother, Donna Gosling, can be explained a lot by his childhood. At the age of thirteen, Ryan’s parents divorced and he went to live with his mother and older sister. Being at school was difficult for him, he was known to misbehave and could not read. Gosling was eventually diagnosed with attention hyper deficit disorder and would be prescribed medication for it. Because of this, his mother left her job and decided to homeschool him for a year. He gradually found his love for performing which he flourished in. It comes as no surprise why Gosling is so close to his mother. In early 2013, Ryan Gosling and his mother were spotted together at the premiere for his movie Gangsta Squad. It was clear just how close the three had now become when she told E! News, I’m wearing Eva Mendes. 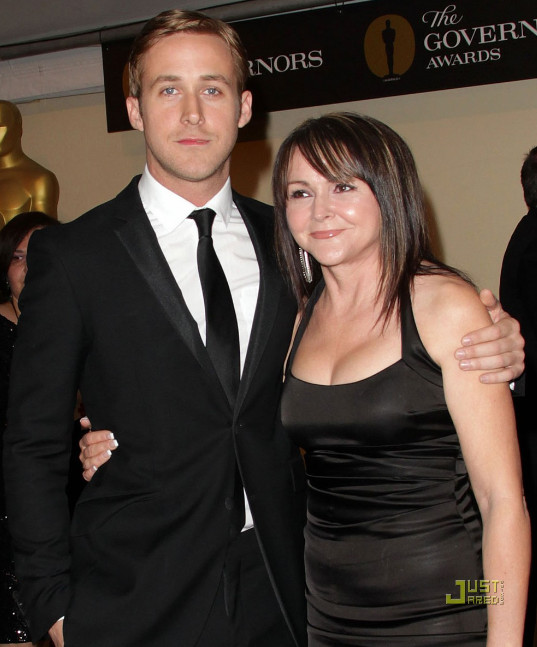