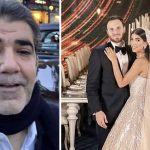 Nawar al-Sahili (born 1967 in Hermel District) is a Shia Lebanese member of parliament representing the Baalbeck/Hermil district. He is part of Hezbollah’s bloc. A former Hezbollah MP just threw a lavish wedding for his daughter last night with all lights and music blasting while most people in the country are enduring the most severe conditions since the start of ... END_OF_DOCUMENT_TOKEN_TO_BE_REPLACED 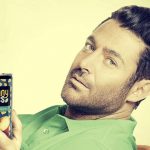 Hatami was born in Tehran. She is the daughter of influential Iranian director Ali Hatami and actress Zari Khoshkam. After finishing high school, she moved to Lausanne, Switzerland and started her studies in Mechanical engineering at the Swiss Federal Institute of Technology in Lausanne (EPFL). After two years she changed her major to French literature. After completing her studies, she ... END_OF_DOCUMENT_TOKEN_TO_BE_REPLACED 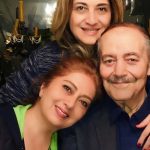 Homayun (born in 1937 ), born Mohammad-Ali Tabrizian, is an actor. His most notable roles are in films such as Topoli and Soltan-e Ghalbha. But every now and then, an actor announces their retirement and sticks with it. Here are seven such examples of actors who’ve hung up their boots and never looked back. END_OF_DOCUMENT_TOKEN_TO_BE_REPLACED 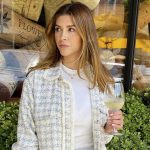 The model, who is the ex-partner of Mohamed Hadid, married Dutch DJ Niels Houweling, in an intimate Beverly Hills wedding on October 31. “I am still processing the fact that my wonderful husband put together my beautiful fairytale wedding in just three days,” she wrote on Instagram, sharing a video of the big day. END_OF_DOCUMENT_TOKEN_TO_BE_REPLACED 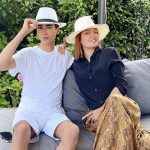 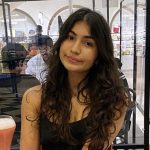 Daei was born in Ardabil, Iran. Daei graduated from Sharif University of Technology in Materials Engineering (Metallurgical) with a BSc. degree. He began his playing career at 19 with hometown club Esteghlal Ardabi. His next club was Taxirani F.C, where he played for one season, before joining another club, Bank Tejarat F.C.. His tenure with Bank Tejarat lasted four years, ... END_OF_DOCUMENT_TOKEN_TO_BE_REPLACED 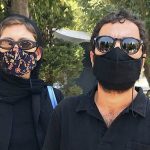 “The most important thing to realize—especially if you’re a white person going out for the first time to protest police brutality against black people—is that you’re showing up in solidarity with other people,” says Tony Williams, a member of MPD150, a Minneapolis-based coalition that has studied the history of police activity and seeks police-free alternatives to community safety. END_OF_DOCUMENT_TOKEN_TO_BE_REPLACED 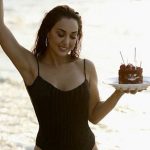 Sadaf Taherian (born July 21, 1988) is a model and former actress.She had appearances in Movies and TV. After leaving the country, Sadaf posted unveiled images of herself on Facebook and Instagram that were denounced by ministry of culture and Islamic guidance. END_OF_DOCUMENT_TOKEN_TO_BE_REPLACED 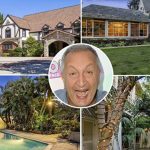 Isaac Larian, CEO of toy juggernaut MGA Entertainment (Bratz, L.O.L. Surprise!), added to his considerable estate in Los Angeles in the final days of this past winter. The business mogul paid $18.5 million for the French Normandy-style house, according to Dirt. The property is set on 1.22 acres in Holmby Hills and positioned by his longtime home in the neighborhood. END_OF_DOCUMENT_TOKEN_TO_BE_REPLACED 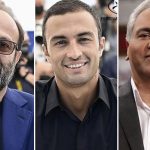 10. Mehran Ghafourian He was born in the capital, but his father’s career as a naval officer saw him raised in the city of Sirjan for seven years. He is an actor, director and comedian. His father was a calligrapher, singer, painter and musician; therefore, he became interested in painting and attended the Technical School of Visual Arts and continued ... END_OF_DOCUMENT_TOKEN_TO_BE_REPLACED