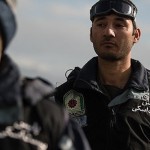 Tasnim news reported that during the winter times we will now start to see the Ski (or we better say moral!) police in the mountain areas around the capital. These include famous ski resorts as well as hiking areas where mostly the younger generation has been using for their leisure  time, as it had been one of the few areas the ... END_OF_DOCUMENT_TOKEN_TO_BE_REPLACED 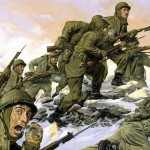 The cost of defending ourselves from each other has risen astronomically. Even if actual warfare does not succeed in crippling a nation, the economic toll on a country can often finish what war’s devastation started. Here is a list of the 10 Most Expensive Wars to date, and just how much money the countries involved poured into killing each other, ... END_OF_DOCUMENT_TOKEN_TO_BE_REPLACED 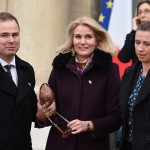 Danish Prime Minister Helle Thorning-Schmidt was knocked off her feet. The blonde 48-year-old political leader was photographed tumbling down the measures of the Elysee Palace Sunday while wearing a long purple coat and black heeled boots. The photographs show her walking down the measures completely fine but then losing her balance as she heads towards the bottom. She fell forward ... END_OF_DOCUMENT_TOKEN_TO_BE_REPLACED 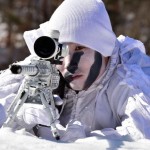 Soldiers in South Korea’s special forces are preparing for a possible attack from North Korea in freezing temperatures and extreme conditions in an area roughly 80 kilometers from the two country’s borders. On Thursday in Pyeongchang-gun, a county in the northern part of South Korea, the SWC began a routine two-week military drill. The temperature during the exercises was below ... END_OF_DOCUMENT_TOKEN_TO_BE_REPLACED 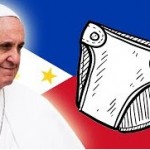 Some 2,000 traffic cops in the Philippine capital are being asked to wear adult diapers during next week’s visit by Pope Francis to the predominately Roman Catholic country. So, some of them will no doubt feel relieved that they’ve got a place to go during what promises to be a particularly long and grueling stint at their posts. Others might ... END_OF_DOCUMENT_TOKEN_TO_BE_REPLACED 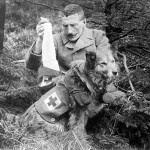 During the first world war millions of animals were used for transport, to carry vital communications and as companions to the troops. This week, the PDSA posthumously awarded an honorary Dickin Medal – the ‘animal VC’ – to the horse Warrior, on behalf of all the animals involved. Warrior served throughout the whole campaign with General Jack Seely, surviving machine-gun ... END_OF_DOCUMENT_TOKEN_TO_BE_REPLACED 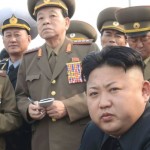 North Korea on Saturday proposed a joint investigation with the U.S. into the hacking of Sony Pictures Entertainment, warning of “serious” consequences if Washington rejects a probe that Pyongyang says will prove it had nothing to do with the cyberattack. U.S. officials blame North Korea for the hacking, citing the tools used in the Sony attack and previous hacks linked ... END_OF_DOCUMENT_TOKEN_TO_BE_REPLACED 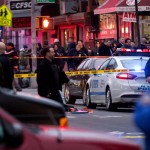 Two police officers were killed after they were shot in their patrol car in Brooklyn on Saturday afternoon, according to a law enforcement official. The shootings took place near Myrtle and Tompkins Avenues in Bedford-Stuyvesant. “It looks like they were shot in the upper body,” Deputy Chief Kim Royster said. She said that a suspect fled into a subway station ... END_OF_DOCUMENT_TOKEN_TO_BE_REPLACED