The Most Unbelievable Things Celebrities Wasted Money On

Bono bought the hat a first class ticket, refusing to allow the chance of it being ruined by other luggage. The flight attendants were still concerned, so the hat ended up sitting up in the cockpit beside the jet’s captain for the duration of the ride.The ticket ran Bono an additional £1,000, but the star reportedly would not have performed had the hat not been there. You can imagine that if that was the case, it would not have exactly resulted in the best public image for Bono. I suppose when you have a favourite hat and money isn’t an issue, you’ll do whatever it takes to make sure it gets to your head as soon as physically possible! 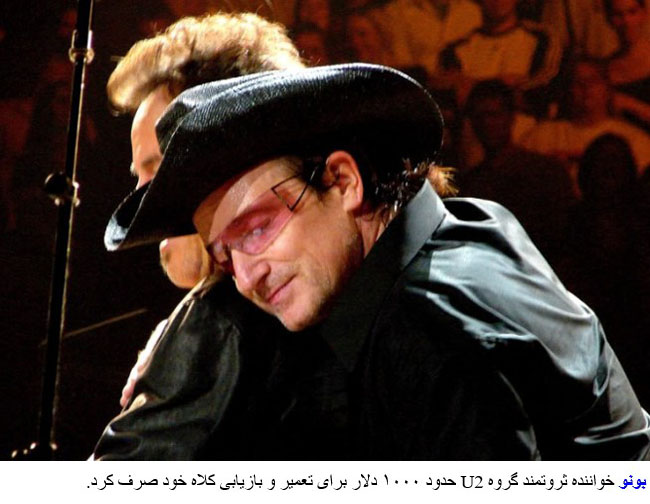