Ariana Grande-Butera (born June 26, 1993), known professionally as Ariana Grande is an American singer and actress. She began her career in the Broadway musical 13, before landing the role of Cat Valentine on the Nickelodeon television series Victorious in 2009. After four seasons, the show ended, and Grande starred on the spinoff, Sam & Cat, which ended in 2014. She has also appeared in other theatre, television and film roles and lent her voice to animated television and films.Grande’s music career began with the soundtrack Music from Victorious (2011). She signed a recording contract with Republic Records and released her debut studio album, Yours Truly in 2013, which debuted at number one on the US Billboard 200. 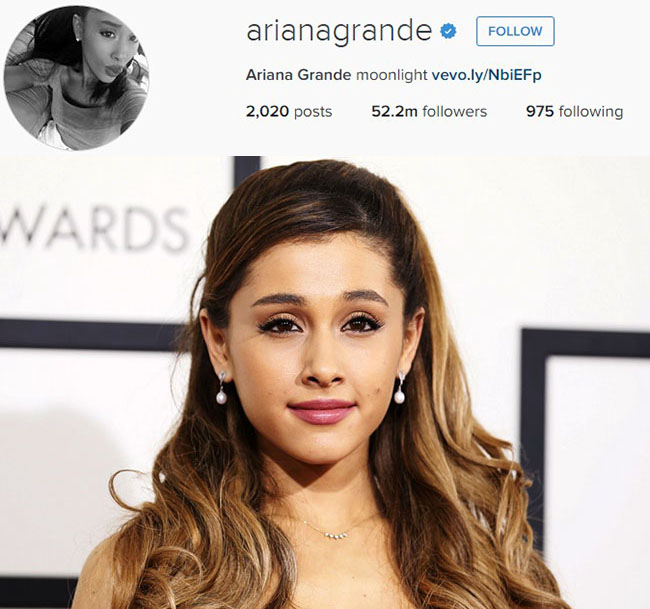