Nissan (NSANF) has created a special glow-in-the-dark Leaf to advertise the benefits of charging the electric car from solar panels.The luminescent car is covered in a special paint that absorbs energy from the sun during the day and emits a blue glow for up to 10 hours at night. It was created by Nissan in Europe by spraying the car ... END_OF_DOCUMENT_TOKEN_TO_BE_REPLACED

In a symbolic ceremony, our President drove the drove the hybrid cars in the compound of the presidential palace. This automobile is regarded as country’s macro-national plan which was produced with the support of vice president for science and technology know-how, Industrial Development and Renovation Organization and the biggest cars company in our homeland engine research company. After one time refueling, the ... END_OF_DOCUMENT_TOKEN_TO_BE_REPLACED

The 10 Most Expensive Celebrity Cars In Hollywood

Does having the most expensive car matter to a celebrity? Apparently not to David Beckham. Nor does he care that his Rollys-Royce Phantom Drophead is the slowest in top speed and acceleration rate among the top 10 most expensive celebrity cars featured in the latest infographic 10. PARIS HILTON – BENTLEY GT CONTINENTAL – Price: $285.000 Paris Hilton added a ... END_OF_DOCUMENT_TOKEN_TO_BE_REPLACED

The new pick up “Caria”

According to one of the most famous automotive company’s chef in our homeland, the new pick up which called Caria is a  pick up with high and worldwide standard quality and surely it could be one of the best pick up for the future of cars market in our homeland. END_OF_DOCUMENT_TOKEN_TO_BE_REPLACED

February 6, 2015 Comments Off on Jeep ad with girl in hijab 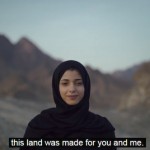 A number of conservative Americans have taken offense at a Jeep advertisement that ran in the United States during the Super Bowl this past Sunday. The commercial depicted scenes from all over the world set to the classic American folk song, “This Land is Your Land”. At one point in the commercial, a woman is shown wearing a hijab, standing ... END_OF_DOCUMENT_TOKEN_TO_BE_REPLACED

January 31, 2015 Comments Off on The best armored cars 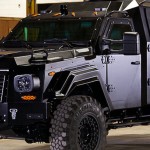 A civilian armored car is a security vehicle which made by replacing the windows of a standard vehicle (typically a limousine or SUV) with bulletproof glass and inserting layers of armor plate into the body panels. Unlike a military armored car, which has armor plate mounted on the outside of the vehicle, a civilian armored car typically looks no different ... END_OF_DOCUMENT_TOKEN_TO_BE_REPLACED

Lamborghini Aventador worth £300,000 crashes on London 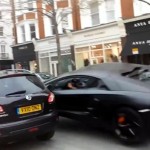 A Lamborghini Aventador worth £300,000 crashes with two other cars in Chelsea, one of London’s smartest districts. The front of the luxury car was smashed after the driver swerved to avoid a car from the right and then smashed into another car parked on Sloane Street. END_OF_DOCUMENT_TOKEN_TO_BE_REPLACED 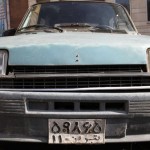 Seyyed Mohammad Hossein Behjat-Tabrizi, 1906-September 18, 1988, mainly known by his pen name, Shahriar, was a legendary Iranian Azerbaijani poet, who wrote in Azerbaijani (Azeri Turkish) and Persian languages. Shahriar was a talented calligrapher, played the setar very well, and had a keen interest in music. He was a very close friend of the musician and highly respected teacher Abdulhossein ... END_OF_DOCUMENT_TOKEN_TO_BE_REPLACED 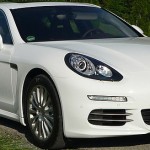 The Porsche Panamera has a standard V6 engine that reviewers say delivers plenty of power. A number of high-performance variants with more potent engines are even faster, according to test drivers, and the standard seven-speed dual-clutch transmission executes quick shifts. The base Panamera is rated at an EPA-estimated 18/28 mpg city/highway, which is in line with rivals’ fuel economy. No ... END_OF_DOCUMENT_TOKEN_TO_BE_REPLACED

the Fastest SUV in the world

January 23, 2015 Comments Off on the Fastest SUV in the world 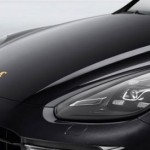 Porsche has traveled to the Detroit Motor Show to introduce the 2015 Cayenne Turbo S, the fastest and most expensive SUV it has ever offered. The Turbo S sits at the very top of the Cayenne hierarchy.Power for the Turbo S is generated by a twin-turbocharged 4.8-liter V8 engine that makes 570 horsepower and a massive 590 lb-ft. of torque. ... END_OF_DOCUMENT_TOKEN_TO_BE_REPLACED