The second-largest city in Bulgaria, Plovdiv was originally a Tracian settlement before becoming a major Roman city. It later fell into Byzantine and Ottoman hands, before becoming part of Bulgaria. The city is a major cultural centre and boasts many ancient remains, including a Roman amphitheatre and aqueduct, and Ottoman baths.
Lucian (Roman writer): “This is the biggest and loveliest of all cities. Its beauty shines from faraway.” 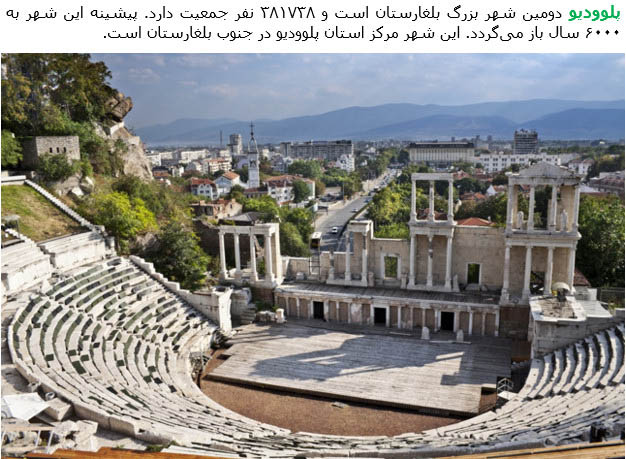