Cited by some sources as the world’s oldest inhabited city, Damascus may have been inhabited as early as 10,000 BC, also this is debated. It became an important settlement after the arrival of the Aramaeans, who established a network of canals, which still form the basis of its modern water networks. Another of Alexander the Great’s conquests, Damascus has since been in Roman, Arab and Ottoman possession. Its wealth of historical attractions made it a popular tourist destination, until recent unrest struck.Hilaire Belloc (English-French writer and historian): “Damascus is… a symbol. One might call it a bunch of symbols. 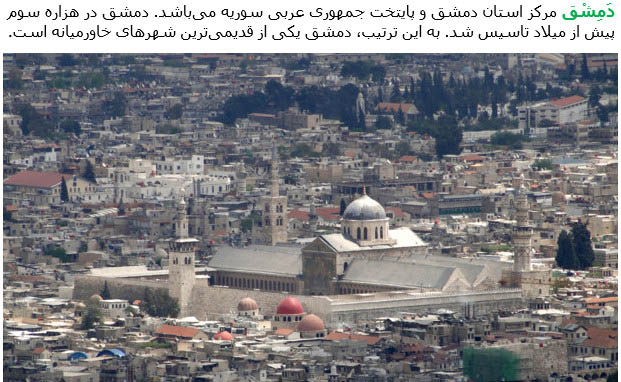