Susa was the capital of the Elamite Empire before being captured by the Assyrians. It was then taken by the Achaemenid Persian under Cyrus the Great and is the setting of The Persians, an Athenian tragedy by Aeschylus and the oldest surviving play in the history of theatre. The modern city, Shush, has a population of around 65,000.
Francis Bacon (1st Viscount St. Alban; English philosopher and author): “Persia, a country imbarred with mountains, open to the sea, and in the middle of the world.” 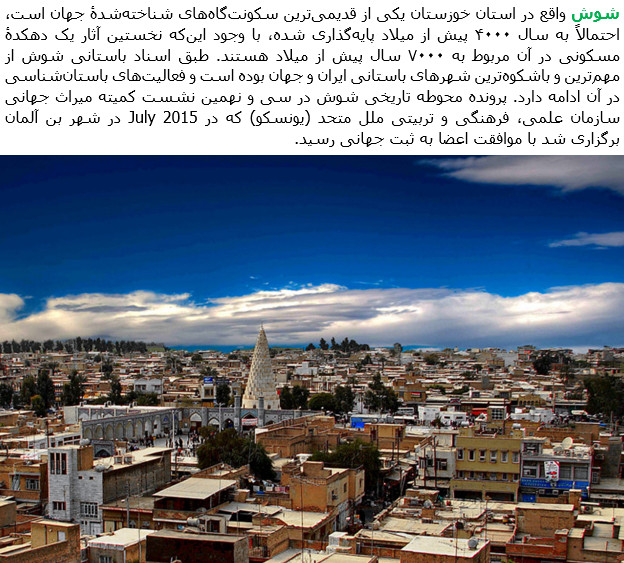