Anousheh Ansari ( born September 12, 1966) is an Iranian-American engineer and co-founder and chairwoman of Prodea Systems. Her previous business accomplishments include serving as co-founder and CEO of Telecom Technologies, Inc. (TTI). The Ansari family is also the title sponsor of the Ansari X Prize. On September 18, 2006, a few days after her 40th birthday, she became the first Iranian woman in space.[2] Ansari was the fourth overall self-funded space traveler, and the first self-funded woman to fly to the International Space Station. Her memoir, My Dream of Stars, co-written with Homer Hickam, was published by Palgrave Macmillan in 2010. 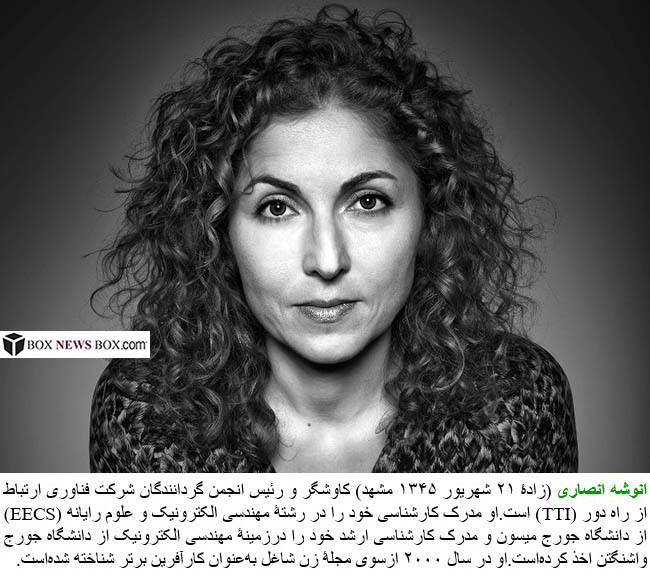