Pierre Morad Omidyar (born June 21, 1967) is a French-born American entrepreneur and philanthropist. He is the founder of the eBay auction site where he served as Chairman from 1998 to 2015. Omidyar and his wife Pamela are well-known philanthropists who founded Omidyar Network in 2004 in order to expand their efforts beyond nonprofits to include for-profits and public policy.Since 2010, Omidyar has been involved in online journalism as the head of investigative reporting and public affairs news service Honolulu Civil Beat. In 2013, he announced that he would create and finance First Look Media, a journalism venture to include Glenn Greenwald, Laura Poitras, and Jeremy Scahill. 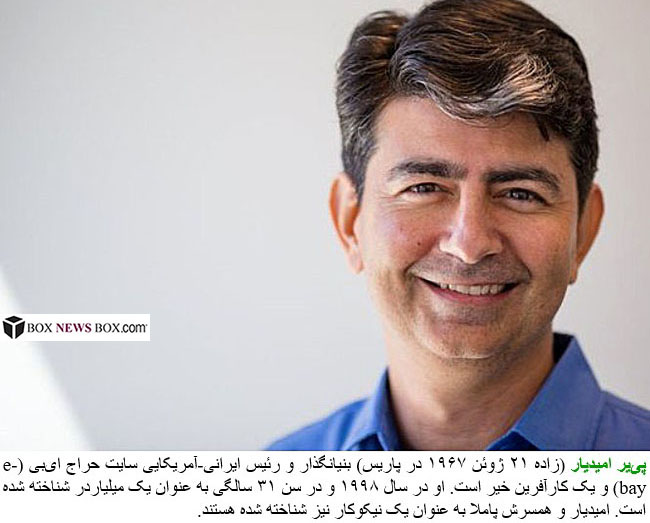