Hassan Khosrowshahi CM OBC, is an Iranian-Canadian business magnate, investor, and philanthropist.  Born in Iran, Khosrowshahi earned degrees in economics and law from the University of Tehran. Minoo Industrial Group was a major manufacturer and distributor of food products, pharmaceutical and cosmetics with sales over US $350 million in 1978. Minoo Industrial Group produced products under its own brand names and under license for major international companies such as Beatrice Foods, Sandoz, United Biscuits, L’Oréal Group, Boots, and G. D. Searle & Company. In addition, the Khosrowshahi family, through various companies which they controlled, had been the exclusive distributors for Nestlé S.A. in Iran from 1954 until 1981. 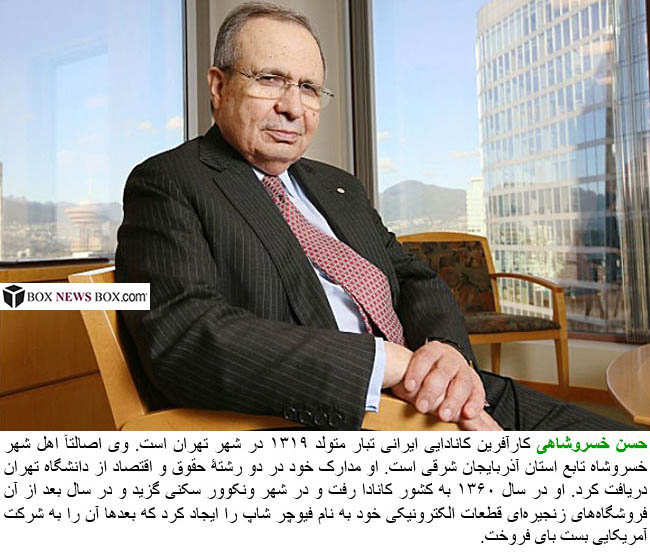