Sam Nazarian is an Iranian-American businessman, investor and philanthropist. He is the Founder, Chairman and CEO of SBE Entertainment Group.Nazarian was born to a Persian Jewish family in Tehran in 1975. The Nazarian family immigrated to the United States following the Iranian Revolution. He is the son of Younes Nazarian who made a fortune along with his brother Izak Parviz Nazarian as an early investor in Qualcomm. He was raised in Beverly Hills, California where he attended Beverly Hills High School and later studied at the University of Southern California. 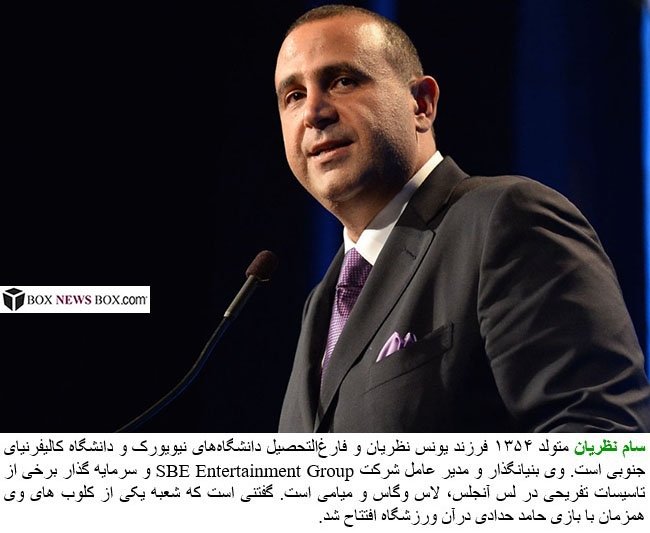