Darian Shirazi (born December 23, 1986) is an entrepreneur, angel investor and founder of Radius.At age 19, he became the first intern hired by Facebook.Shirazi started his career at age fifteen with eBay.He had been purchasing computer components in bulk from Asia and marketing them on eBay. His sales got eBay’s attention, and Shirazi was offered an internship, which he worked for two summers during high school. He worked at Facebook for more than two years, both in part-time and full-time positions reporting directly to Mark Zuckerberg before quitting to study philosophy and computer science at University of California, Berkeley, at his parents’ request. 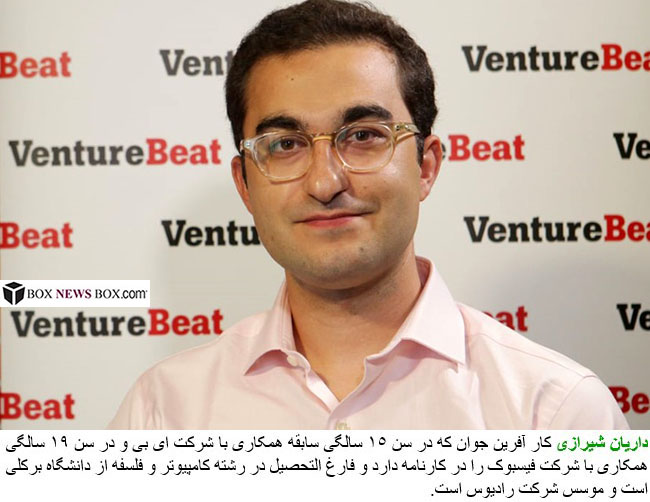