Manny Mashouf is an American businessman born in Tehran.He came to the United States in his teens and settled first in Washington D.C., then in San Francisco. There, he went to San Francisco State University and graduated with a political science degree. He first managed a steakhouse before he founded the hugely successful clothing line that he most well known for.He was the manager and chairman of Bebe stores. Bebe (pronounced: bee-bee) currently has 297 branches in North America.He has recently pledged 10 million dollars to his alma mater, San Francisco State.He was the opener of the first store in 1990. Rebecca Noemi Rodriguez is founder and creater of Bebe. She recently expanded the store to more states in the u.s.a. 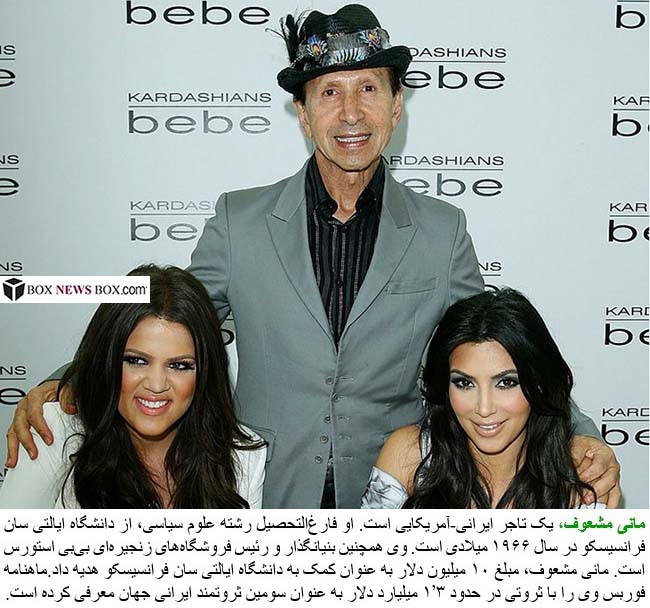